Boca Junior’s La Bombonera stadium is Argentina’s most iconic stadium. The ground has been made famous thanks to the club that call it home, Boca Juniors, and the derby matches played against River Plate on its turf.

The iconic ground was named after former Boca Junior’s president Alberto J. Armando. The ex-president spent just over two decades in charge of the club. Armando accumulated 21 years of service as president of Boca Juniors between 1955 and 1980.

While the ground is officially called the Estadio Alberto J. Armando, it received its more widely used name from architect Viktor Sulcic. While working on the stadium, Sulcic received a birthday gift of chocolates. In Sulcic’s opinion, the box that the chocolates came in closely resembled the shape of the stadium. Thus, the name “La Bombonera” was given to the stadium.

In English, La Bombonera translates to ‘the chocolate box’. For anyone that has seen the distinct design of the stadium will know just how unique it is and why it led Sulcic to claim it resembled his box of chocolates.

Since opening in 1940, the iconic Argentine stadium has been commonly referred to as La Bombonera. So, if you didn’t know it was actually named the Estadio Alberto J. Armando, then you can be forgiven. 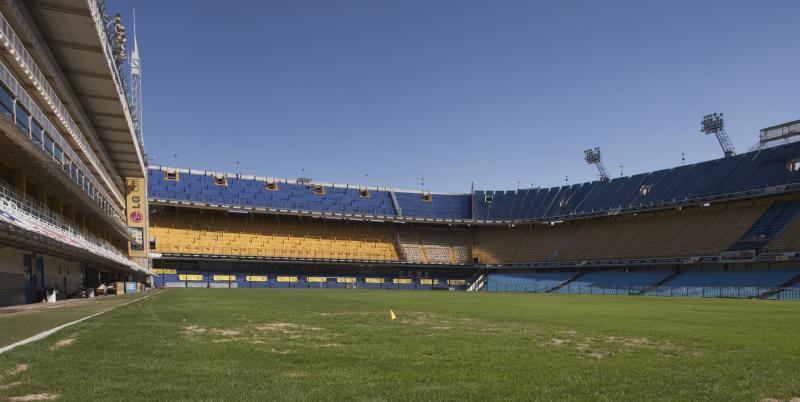 One of the unique features that football fans will note about the stadium is its incredible vertical stand. Architects of the stadium had limited space to work with in La Boca’s docklands district. To accommodate the club’s huge Buenos Aires fanbase, designers built the stand vertically into the Argentina sky. The third tier of the stand is incredibly steep and only for fans unafraid of heights.