Every day it seems there is a new Gazza relapse story, an ex player reminiscing on youtube or a midfielder billed as the next Gazza.

Although many will say Gazza never fully fulfilled his potential. His legacy is more than often given credit for.

English football was in the doldrums at the end of the eighties, a dismal Euro 88, banned from Europe and a reputation in tatters.

iTALIA 90, enter Gazza. The rest is history but his real legacy is not just the tears, boozing and scandals. 2 years after ITALIA 90, The Premier League was formed and changed English football forever.

Gazza was a pin up, a talent, a marketers dream. The money man were ready to invest in English football and they did and still do.

Gazza star has waned but he was the catalyst to inspire not only a football mad nation but also inspire the big money men to invest in English Football.

Football Trials in Europe – English football is the most entertaining, skilful, and passionate in the world. Many young players dream of playing in front of large crowds and a worldwide TV audience. Premier Football UK provides professional UK football trials in europe and much more for players aged between 7and21 from all over the world and help them to fulfil their potential and realise their dreams to play football professionally. 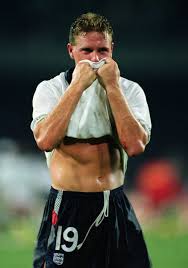